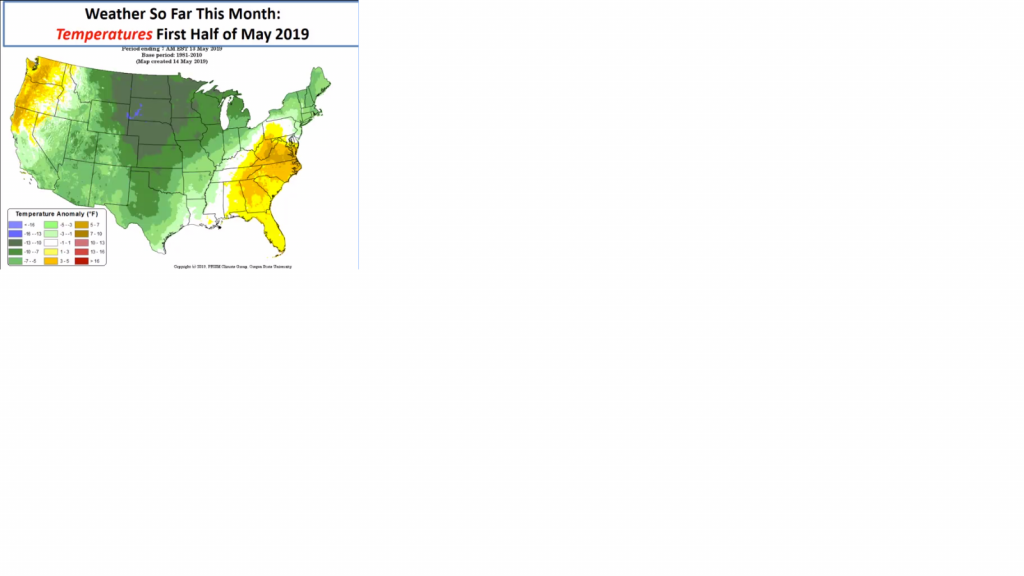 As Saturday– the official mark of the start to fire season– looms closer, it’s all hands on deck for the institutions that battle the summer smoke.

For students and faculty of SOU, fire is a concern in the late Spring and Summer months. Based on statistics from Headwater Economics, almost half the population of the Western United States live in urban areas that encroach on wildlands. Wildland in Jackson County Oregon is moderately developed.

“Three weeks ago, I would have said it looks really promising for a mild season, we had a lot of precipitation … we had a good snowpack in the upper elevations,” said Chambers. “Just in the last 3 weeks, things have changed considerably because of the warm and dry conditions, maybe we’ll bump back into some rain, hopefully through the beginning of June, but if we don’t, it’ll be a challenging year for certain.”

However, the severity of this fire season is also based on fire emissions.

“We could have the worst conditions, and if no fires start, then it’s a fine fire season. But if we get the lightning storms and we get people being irresponsible, then we will have fires,” he said.

Rob Budge, with the US Forest Service, is the Deputy Fire Staff of Fuels for the Rogue River Siskiyou National Forest.

“It’s really hard to tell, we’ve had wet springs before and then had very slow fire seasons, and we’ve also had wet springs and very busy fire seasons. In the time I’ve been here in the Rogue Valley, I think it really is a matter of how much lightening we’re going to get,” said Budge.

“All of our fuels that typically burn really fast, they’re all green right now. The temperatures and the wind are one thing, but when it comes to a fire, right now, it’s not going to spread very quickly because we have so much moisture in what is typically our dry fuels,” said Weber.

Between last fire season and this one, there are new regulations on new construction. “When you build a new house, there have to be certain wildfire safety features in both the landscaping surrounding the house, fences connecting to the house, and the kind of roof that you can put on the house,” said Chambers. These new changes apply to commercial and residential buildings.

Budge, Chambers, and Weber all spoke to the importance of awareness surrounding fire season. “Everyone really should just be aware that we are going into Summer, that we have the higher temperatures right now,” said Weber

“If we have a busy fire season, there’s the potential for fires to impact the town of Ashland and the citizens that live there. Even when there aren’t fires in the immediate area, the Rogue Valley collects a lot of smoke from all around,” said Budge.

“Just knowing how to prepare yourself, when to take precautions when it gets smokey outside. Chances are we’ll have some level of smoke … if it does get dense, everyone needs to know their risk level … and what precautions to take,” said Chambers.

For more information on how to prepare for the upcoming fire season, you can visit smokewiseashland.org. To track the fire potential in Oregon, you can visit https://gacc.nifc.gov/nwcc/predict/outlook.aspx